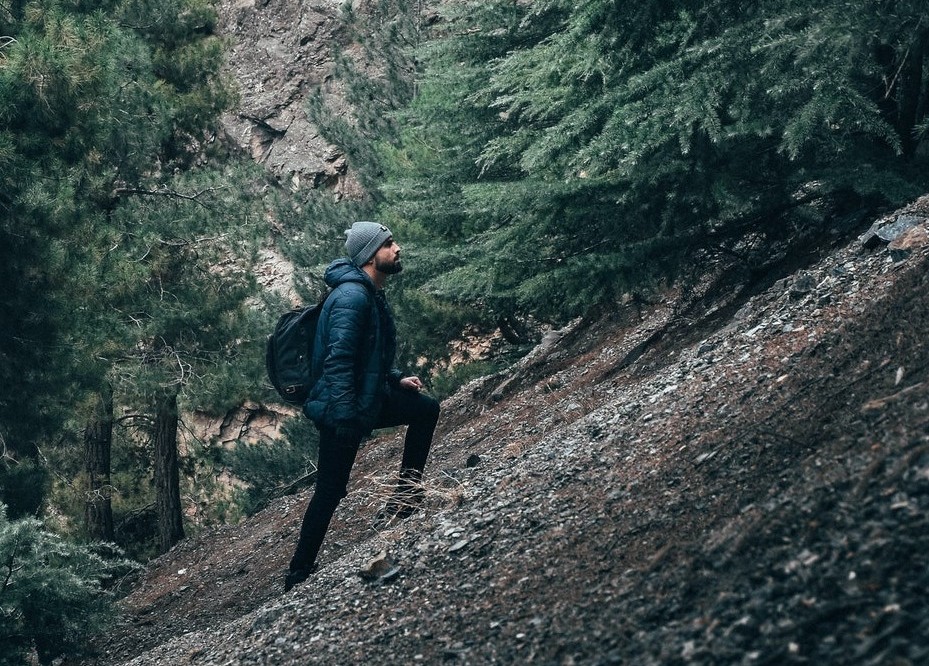 “Then Joseph said to them, ‘Do not interpretations belong to God? Tell me your dreams.’

“So the chief cupbearer told Joseph his dream . . .

“’This is what it means,’ Joseph said to him. ‘The three branches are three days. Within three days Pharaoh will lift up your head and restore you to your position, and you will put Pharaoh’s cup in his hand, just as you used to do when you were his cupbearer. But when all goes well with you, remember me and show me kindness; mention me to Pharaoh and get me out of this prison.’

“And we know that in all things God works for the good of those who love him, who have been called according to his purpose.” (Romans 8:28)

Disillusionment drives believers from their local church, from the church or into heterodox and sometimes strange teaching. There is no sting like the betrayal you feel from brethren who let you down.

It’s been covered many times, but I think Ruthie Henshall’s version of “I Dreamed a Dream” from Les Misérables is the best. In just a few verses, she plummets from hope and expectation to bitter disappointment, lamenting at the end “life has killed the dreams I dreamed.” It reminds me of Joseph.

In its simplest and mildest forms, disillusionment is corrective. We think something is better than it turns out to be, often forgetting to account for things we should know. Truth is, we’ve put our hope in an illusion, something unreal.

When I belonged to a church with truly gifted pastors and teachers, for a time it seemed like nearly every word was timely and apt; as Proverbs 25:11 says, “Like apples of gold in settings of silver is a word spoken in right circumstances” (NASB). No doubt this was also true because there was a lot of remedial work to do on my faith; I needed accurate and timely correction more than most. And I got it.

But at the same time, I also became hypercritical of the same ministers if they were impatient or apparently uninterested in something I was relating to them or let me down in some other way. I was transforming them from saints into Saints in the same way the Corinthians were boasting “I follow Paul” or “I follow Apollos.”

The power of God ministered through human ministers is still glorious. But it’s contained in clay vessels. When you idolize any minister, you’re fashioning something of the creation into something to rival the Creator. It’s no different from making an idol of wood or stone simply because it exists only in your imagination.

In Joseph’s case, the dreams were more than metaphorical and the disillusionment deeper and more prolonged.

At the outset, everything seemed positive. The symbolism was clear—the sheaves of grain, the sun, moon and stars were bowing down to him. The dreams were postcards from the future, a future that seemed nothing but glorious. In this “new thing” God was doing, I’m the boss. Let the good times roll.

And then “life killed the dreams he dreamed.” Even at 17 he must have sensed his brothers’ resentment, but then they threw him into a cistern before selling him into slavery to Midianites. This was not the dream he dreamed, near-murderous betrayal by his brothers.

Instead, this was the beginning of the chain of events in Joseph’s life with a single, overarching theme: You’re not the boss. In Potiphar’s house, he was falsely accused and imprisoned. Later, when he gave a favorable interpretation of the cupbearer’s dream, Joseph probably thought this was his ticket out. And then this: “The chief cupbearer did not remember Joseph; he forgot him.”

I keep returning to the story of Joseph in my posts because I’ve recognized so many parallels in my own life. More than thirty years ago, after about eight or nine months teaching in a church to the acclamation of nearly everyone, I didn’t expect to be ostracized and maligned, shunned and forgotten. (I wrote about this in the series of posts, The pastor who became Nebuchadnezzar.)

To this day, the fact of my children’s estrangement from both me and the church was largely due to, I believe, the church. They saw and lived mistreatment from the people of God. I saw one high school graduation but wasn’t invited to three others and two college graduations.

At some point in those thirteen years from rejection by his brothers to his promotion at the court of Pharaoh, Joseph underwent a transformation. Or it began at some point and matured when his brothers came to Egypt because of a famine.

He certainly wasn’t the boss—his life was one long refutation of that—but he began to see who was. Ultimately it ripened until he could tell his brothers: “Do not be afraid, for am I in God’s place? As for you, you meant evil against me, but God meant it for good in order to bring about this present result, to preserve many people alive” (Gen 50:19-20).

This, of course, is also a beautiful type of the cross: Men intended to destroy Jesus and his ministry once and for all, but instead God intended it for good, to take away sin “once for all when He offered up Himself” (Heb 7:27). And as with Joseph’s ordeal, it’s also brought about “this present result, to preserve many people alive.”

When Paul wrote “suffering produces perseverance,” the verb appears in the Greek and English translations only once, but it is implied in the subsequent progression: perseverance produces character, character produces hope, and hope does not disappoint.

In other words, the bitterness of disappointment in men is sweetened by the knowledge that these things are redemptive—in your own life and, ultimately, the lives of others through you.

“No discipline seems pleasant at the time, but painful. Later on, however, it produces a harvest of righteousness and peace for those who have been trained by it” (Heb 12:11). The Scripture and biblical and church history all counsel us to do this: remember the now and then. Now may be unpleasant; then it will produce a harvest.

Photo by Suliman Sallehi from Pexels